On Sunday I was welcomed back to Auckland by angry grey skies, a howling wind, and “winter” temperatures that would have seemed positively tropical just three months ago.

It’s great to be home. No more living out of a suitcase, cooking in a kitchen the size of a closet, or enduring the twice-daily ritual of forcing myself into uncomfortable proximity with total strangers on the subway. My neighbourhood here is impossibly tranquil, save for my dog’s occasional protestations at innocent passers-by.

I miss New York terribly though. Its intensity and hustle are hugely motivating. It wills you to keep moving, keep achieving, keep discovering. I’m afraid of losing that momentum, but the change of pace offers the perfect opportunity to reflect on what I learned there.

Two months ago (although it seems like yesterday) I wrote about the process of launching Kitchen Chapters. It had felt like a never-ending battle to get all the different elements in line before putting it out to the world, but forcing myself to do so before it was perfect turned out to be the best thing for it. Once the site was live, the deadlines for story production fell into place and I began to streamline my workflow. I even managed to find time to send out a weekly newsletter, which was well received and did wonders for directing people to the site.

Having a living product gave me so much more confidence in my idea. I was showing the site to as many people as I could, getting valuable feedback and a self-populating stream of story ideas – more than I had the capacity to follow. You can watch a video of my final presentation here:

We heard this over and over again from people in the industry. The ad-supported revenue model is dead and the more diversified your income streams are, the better. If you had told me before I started this course that a core part of my business would be running events, I would have given you a suspicious side-eye and said I “just want to do journalism”.

I’ve subsequently realised that Kitchen Chapters shouldn’t just be a bunch of tantalising-looking stories on a website, because that’s not how food is enjoyed. The project is all about getting to the heart of the people and communities behind that food, and what better way to do that than by connecting people offline?

Rethinking revenue also encourages you to consider your customers more carefully: who is paying for my product or service, and how can I deliver them the best value possible to ensure their ongoing custom? It’s a basic business question but one that the media industry hasn’t asked enough.

Traditional journalism has been in crisis for years. But the issue has become more pressing in New Zealand over the past two months, with large-scale restructuring in print media and the scrapping of a primetime current affairs show on television giving rise to the most persistent bemoaning of the end of journalism we have heard in a long time.

Combine that with Facebook, Google and Apple’s increasingly bold (and often infuriatingly opaque) strides towards disrupting the news ecosystem, and it’s easy to fear that our loss of control over distribution is going to destroy anything that isn’t BuzzFeed.

Enough with the hand-wringing – what we need is innovation. New ways to engage audiences and create value that pays. My Tow-Knight class produced 20 projects with the capacity to do that, run by 20 extraordinary people who believe there is a future for good journalism.

We don’t have all the answers – but at least we’re doing something to try and find them. Mainstream media will catch up eventually, but why wait? 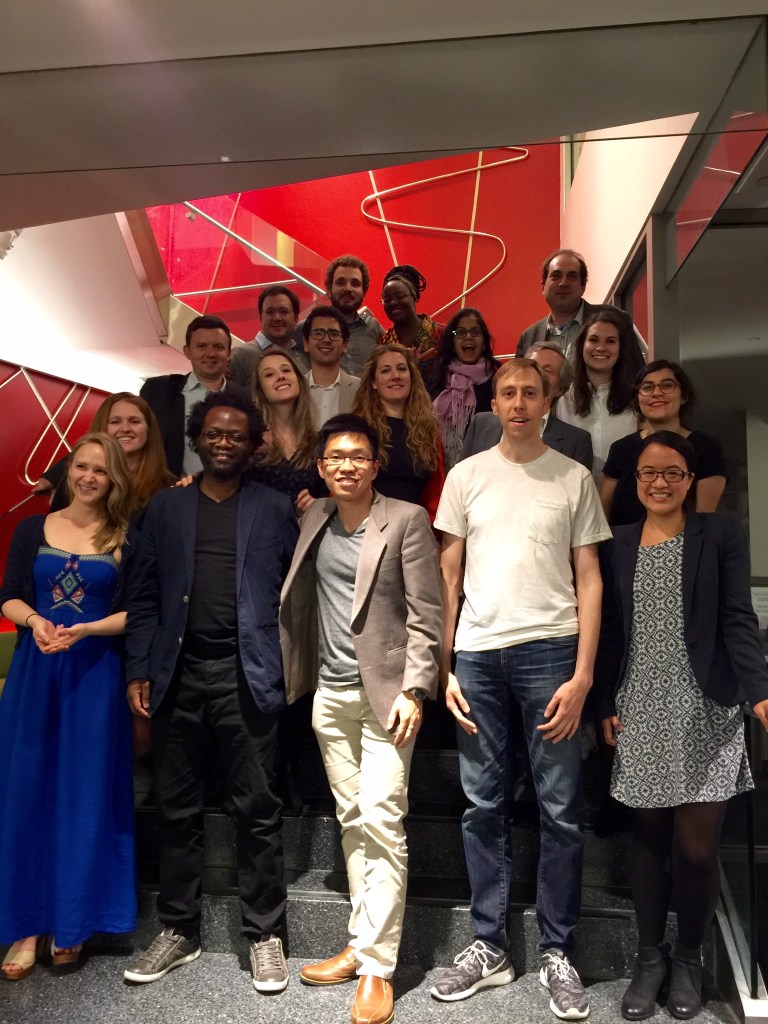